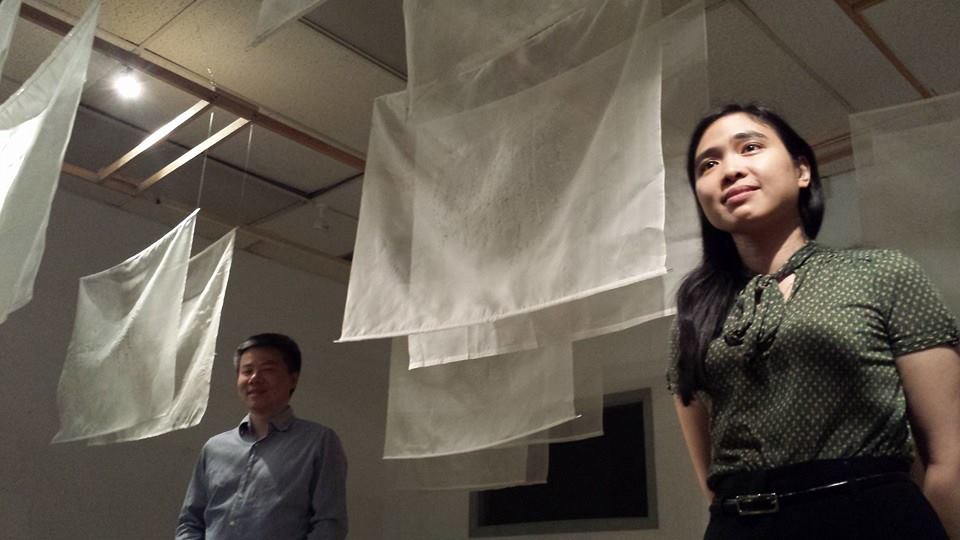 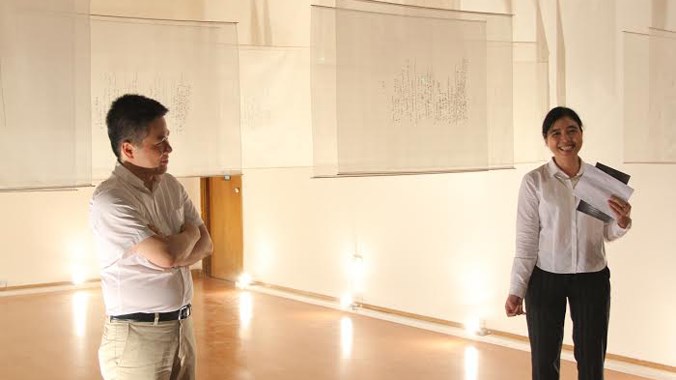 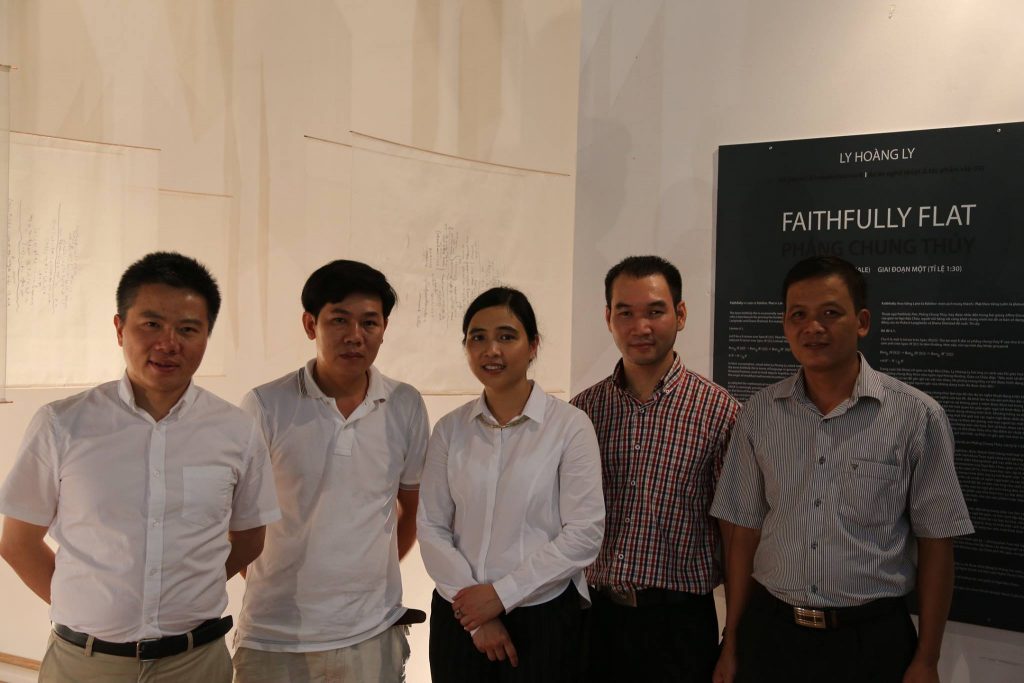 In our conversation, I asked Ngo Bao Chau, who is best known for proving the fundamental lemma for automorphic form proposed by Robert Langlands and Diana Shelstad, how to visualize the term faithfully flat in terms of language in general, Dr. Ngo responded: “While a screw is a threaded fastener used to hold objects together, faithfully flat can be visualized as a screw to hold the origin of modified mathematical patterns.”
I apply the term faithfully flat used in mathematic for the title of my ongoing art project. This project, which is seemingly paradoxical to the meaning of the title, has arisen from my long-held fascination for the form of the dislocation of language and the conceptual space opened up within interpretation. I am also concerned about the connection between language and its own visual form, in terms of structure or sound. I imagine those dislocations, gaps and the shifts have been shaped in a world where languages are interpreted in different ways, structurally, systematically and vocally, where people lose each other and lose themselves, where all torn pieces of different cultures, histories and human knowledge are collaged together. Here, faithfully flat can be understood as ‘the virtual place’ that contains the crucial code to decipher any kind of languages. It holds the identity, the truth, and the origin. Does that place really exist? To explore the answer, I started my journey since the beginning of 2013, thinking – reading – performing – building this phase-to-phase project.

Phase One of the exhibition can be seen as an experimental laboratory, formed by a series of my performances without any audience, except about 15 mathematic students sitting in the same room with me who were not aware of that I was performing. This series of no-audience performances took place for 2 days a week, 1 hour 50 minutes a day, at the Affine Grassmannian Class under the instruction of Ngo Bao Chau, professor of Mathematics at The University of Chicago, from January 1st to March 13th, 2014. Considering advanced mathematics is a language with limited accessibility by general people, with this performance, I became a ‘sketch taker’ who didn’t understand a thing but just simply drew and wrote down in her sketchbook all the mathematical language and images that Dr. Ngo wrote on the black board to explain and prove his fundamental lemma to the students. Here, all words written on the black board appeared and are absorbed by the artist, who has a little access to the advanced mathematical language, as images and as concepts. Following and imitating every white chalk line on the black board made by the mathematician, I put the ‘focal stress’ not on the time-based act of performing itself, but on the product or the aftermath created by the time-based performances which was to trace an unknown language through the performance artist.

Dr. Ngo was invited to interact in Phase One by layering the transparent papers onto the sketches, page by page, where mathematical language was converted into visual language with a lot of gaps in terms of misinterpretation and then he would try to fill the gaps. In his effort to correct the sketches, he was also lost at times to understand what was written down by the performer, and as a result, he would mark a smiley face or a question mark onto the obscure image. To the artist, the mathematician has been creating a concrete poetry with abstract spirit. The empty spaces formed around his words and symbols in the transparent papers can be seen as faithfully flat.

The products of these two no-audience-durational-performances – the sketches drawn by the artist and the corrections made by the mathematician, was sent to embroiderers to trace and embroider the lines in silver and black, respectively, onto thin silk. In this third process, the visual images and its languages have been shifted and modified one more time.

This project won’t be possible without the collaboration of Dr. Ngo Bao Chau, the sponsor of Joan Flasch Artists’ Books Collection, and the Fulbright Program. 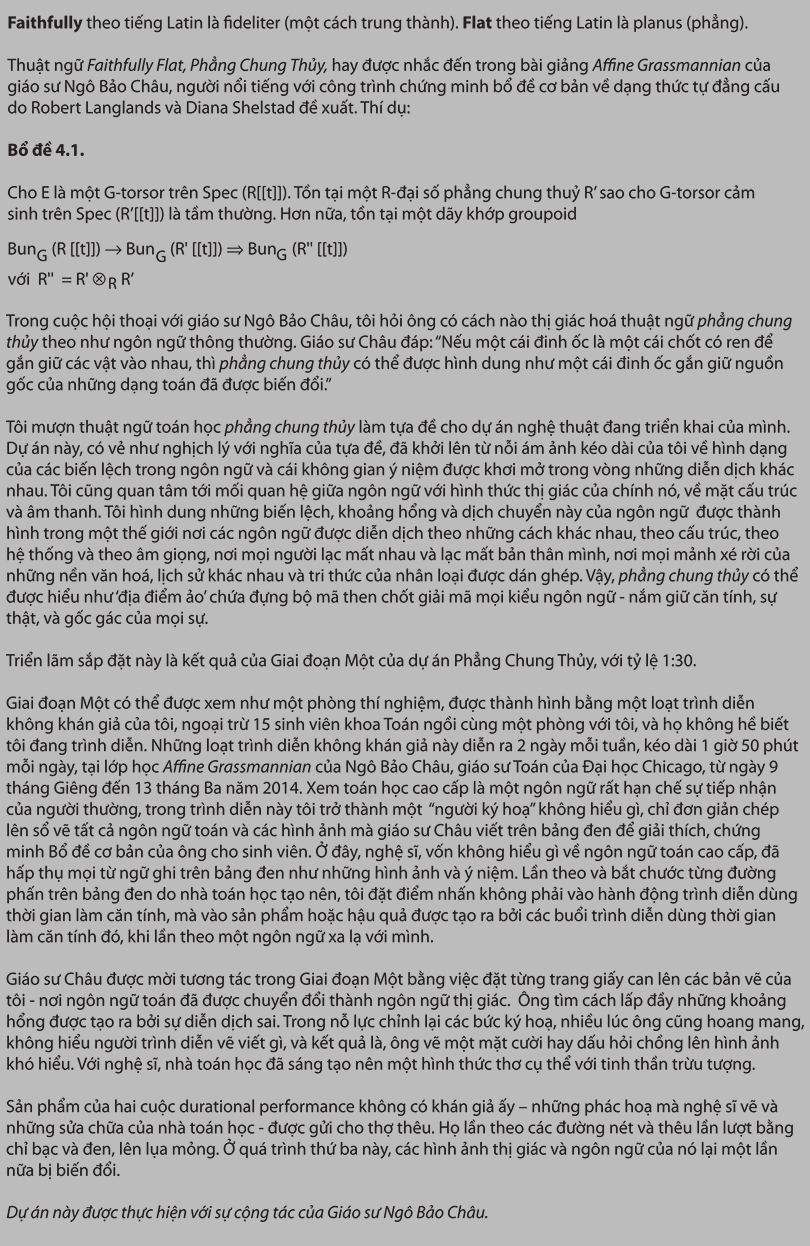